Absolutely fabulous time was had performing on the Fringe Stage at the Cheltenham Jazz Festival on Sunday. Joined by Tom Gamble and Ross Lorraine, I was in my element singing in front of a friendly, chilled out and welcoming crowd who sat back and took-in my set under the warmth of the glowing sun. Thanks so much to photographer Philip Kroll for his lovely photos. Here’s a selection for you to see.

A little earlier this month guitarist, Tom Gamble and I performed a pop-up gig at Caffe Nero’s Broadcasting House branch. It was a good day for it and we chatted to some of the discerning listeners who stopped-by in between our micro sets of original songs and occasional covers. A little film was made by the lovely Nero peeps too which is available for your viewing. Just click here to see it on YouTube.

I was absolutely delighted when a small production team from the Chrissy B Show came along to December’s charity fundraising event to chat with me about how Gig in a Gallery got started and to film some of the performances from the night. I also did an interview with the show’s reporter and this, along with an interview from Small Steps Project founder, Amy Hanson, featured in a short film which aired on Sky Channel 203 on the 7th March. The film is also on YouTube so take a pew and have a watch of this lovely short film.

Very fortunate, was I, to perform for a beautiful audience in a stunning setting when both Tom Gamble and I played at the National Portrait Gallery last month. A crowd of over hundred listeners sat, stood and perched against the walls so they could listen-in. Friend, fan and keen photographer, Mike Watts, was among the audience taking photos and doing a little filming so you can get a feel of the event if you weren’t there – or so you have a little reminder, if you were. Head to my Facebook page to see all the photos and go to YouTube to have a watch of the video.

I can’t believe it’s January 2014. Last year was a busy one. And a fantastic one. And I’m so grateful to the Universe for helping me make things happen. The at Gig in a Gallery gigs began life as a tiny seed of an idea but ended up being one of the best things I’ve ever done and I want to keep them going. The final gig of the year, on the 5th December, was really lovely with fantastic performances from both at Ethemia and Joe Cang. And to think that money was raised for a great charity – Small Steps Project – to boot. Well, it makes me smile.

Behind-the-scenes planning is beginning to get underway for the next series of Gig in a Gallery concerts and, til then, I’m gearing up for my first gig of the year which happens on Friday 24th January at the National Portrait Gallery as part of their Late Shift series of events. Really looking forward to playing here. Joined by Tom Gamble on guitar, we’ll perform for an hour from 18:30 and as the event is free there’s no need to book so simply head on over.

Then on Saturday 25th January I’m thrilled to be the guest of up-and-coming singer/songwriter Carron Dawn Wright who will play at The Pheasantry. Again, I’ll perform with Tom Gamble then will enjoy a performance from Carron herself. Ticket booking and information can be found here.

Oh, and tune into Simon Lederman’s show on BBC Radio London on Tuesday 21st if you fancy, when I’ll be chatting about upcoming gigs, projects and performing live with Mr Gamble.

The last stop on the 2013 Gig in a Gallery tour happens on Thursday 5th Decemberat October Gallery in Bloomsbury. This is a lovely contemporary art gallery space and Kiwi artist Mandii Pope has kindly agreed to exhibit her work during the concert. I’ll perform with my band and guesting with me is singer/songwriter Joe Cang whose multi-million hit selling song, Shine was co written with Aswad. Also joining the night is folk duo Ethemia. I’m simply thrilled with excitement to have both these acts performing on the night and, in keeping with the festive spirit a fun raffle and mini auction will be held too. There are some fabulous auction prizes: pop icon Boy George has generously donated one of his famous hats and also on offer are signed CDs from Billy Bragg, Marianne Faithfull and Caro Emerald. Two London restaurants are offering dinner for 2 and a pair of tickets to a Christmas show is up for grabs too. Don’t delay in booking your tickets to be part of this night. The advance ticket price of £7 gets you a glass of wine and nibbles and can be booked here.

My band and I are very much gearing up to do our performance at this very prestigious and special event. Sunday 17th November is the date and joining me on stage will be my guest – the jazz and classical flaustic, composer and arranger, Rowland Sutherland – with guitarist Tom Gamble, Nick Pini on bass, drummer Tim Nugent and my co writer Ross Lorraine who join us on piano. Really looking forward to this show. All details, and ticket purchases, should be made via the Forge.

Not long now till the next Gig in a Gallery concert happens. 2-4-6-8’s Tom Robinson is the headliner, October 30th is the date and the venue is the Queen of Hoxton in Shoreditch. Ahead of Tom’s performance will be a number of emerging artists, including me with my group before Tom treats lucky listeners to an up-close-and-personal intimate set. And that’s not all. Spoken word poet and performer Dean Atta will put in a special appearance at this event too. All this for £5? Crazy stuff. Register your attendance on Facebook then get yer tickets in, folks.

The gallery gigs have been steadily picking up momentum, with two very successful events last month, one in Wimbledon at Canvas Gallery and one at Dorothy’s Gallery in Paris – the first to take place outside of London and overseas.

Last week House Gallery in Camberwell opened its doors to a GIAG audience with artist Kevin Leo performing an opening set followed by my set with accompaniment provided beautifully by Tom Gamble. 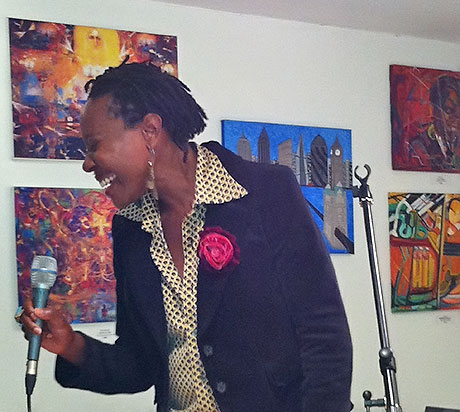 Big thanks to all the galleries who have allowed an event to be held in their premises. Have a look here at some of the pics taken at past concerts and you can even watch a video or two via the new GIAG page on YouTube. 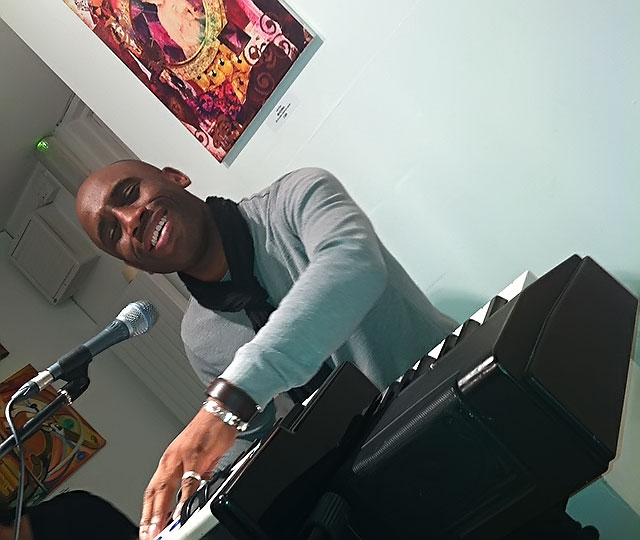 And just take a look at the JustGiving page to see the total raised so far.

A beautiful night was had at the last Gig in a Gallery event at Canvas art gallery in Wimbledon Village. The room, filled with brilliant contemporary art pieces, fell silent and felt intimate during performances firstly from Malory Torr and then from me.