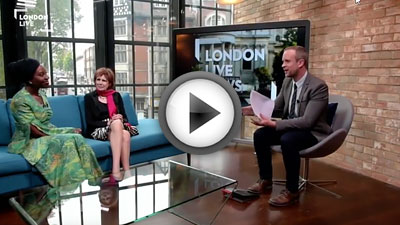 I had the pleasure of being interviewed by Dutch writer, Ed Muitjen’s for the Johnny’s Garden webzine and a few weeks ago the interview – written in Dutch and translated by Ed into English – went live online. It was a delight answering Ed’s questions which encouraged me to give deep insight into the making of the album. The interview’s a good read too.

For the English version, visit here and the Dutch version can be found here.

I was stunned to discover that US radio station, JazzVnU.com has been giving lots of love and airplay to Day Dawns after I got in touch with them to introduce myself.

I Need You Here, in particular, has been playing on their airwaves and they’ve very kindly added details of the album to their “New & Upcoming Artists” page.

…and it’s great that they do. Last week online magazine, FATEA published a glowing report on Day Dawns written by Neil King.

END_OF_DOCUMENT_TOKEN_TO_BE_REPLACED

UKM: Say a little about yourself.

MJ: I’m a singer/songwriter. I’ve always sung – for as long as I can remember but song writing is a more recent thing although I’d always loved writing. When I was growing up I loved writing stories and poems which I’d put into cards and, later on, I began to write the occasional song. But it was really only something I thought of now and again but never really did.

END_OF_DOCUMENT_TOKEN_TO_BE_REPLACED

Singer-songwriter Melissa James will be releasing her debut album later this month.

Day Dawns was three years in the making, and the craft and love put into its tracks is immediately apparent, with each one a heartfelt melange of jazz, soul, blues and folk (although often not at the same time…) crowned by James’ gorgeous, velvety voice.

Not quite convinced? Then have a listen to ‘I Need You Here’, a paean to a lost relationship, via James’ website right here.

Day Dawns is out via Slickersounds on June 25, and James will also be playing a special show to launch the album at London’s Green Note on June 21 – tickets are currently on sale.